After meeting back up with the BAK group in route to Leavenworth, the skies opened up once again. More Thunderstorms which seem to be the theme of the BAK this year. 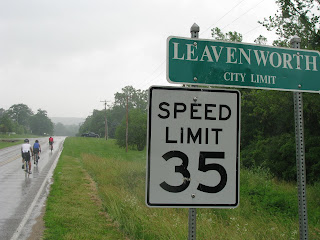 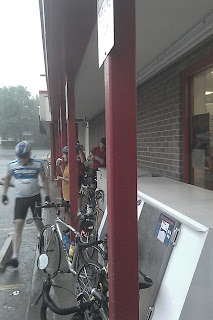 With just a few miles to go, the rain was coming down so hard that many riders found shelter at a store making use of not only the store entrance but also the gas pump canopy.  Another example of a large group of riders overwhelming  a resource.  It was nice to see a few of the riders that I had riding with earlier in the week.    Found out that I was not the only one that had split off temporarily.  One guy got sick and recovered for two days before rejoining.
Posted by sws at 6/12/2010