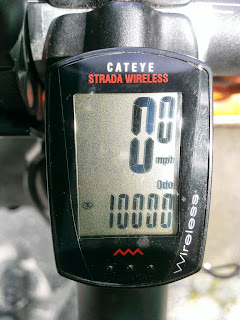 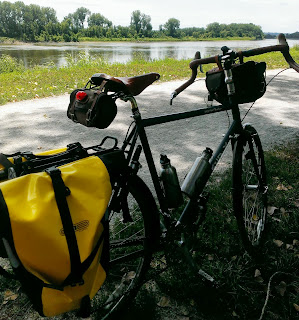 Cateye Strada clicking off the miles.....

Some notes on the Cateye Strada Wireless Computer.
- Routine Battery replacement is needed.
I changed the batteries in the sending unit and the computer once a year.

-  Magnet Change is sometimes needed.
At about 9,500 miles, the 'sending unit' of the Cateye Strada appeared to be not be sending well.   Sometimes the speed would be slow or just show zero.  Swapping out the computer with one of my other bikes showed the issue might be the 'sending unit'.... but changing the sending unit  did not resolve the issue ... even after a battery replacement.

I then tried something that I did not think would work.... I swapped the Magnet that attaches to the spoke. AND THAT RESOLVED THE PROBLEM !      I found that the 'bad' magnet was consistently bad on any bike I tried it on.  The "senting unit' that I thought was having a problem worked fine with a new magnet.  Interesting that the magnet appeared to be strong....  I guess just not strong enough.