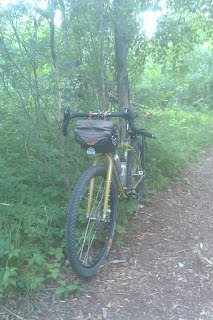 I had planned on Building up an new Ogre  but plans change.....

I had tested a Salsa Fargo as a possible option for trail riding,  but thought that if I were going to go with the NuVinci Hub I would use an Ogre.    The Fargo was a great bike with a $1,400 ish price range.

I stopped into the LBS and they called out my name and wheeled over "my new bike" .....       They had a customer that had order the Fargo and 3 other bikes and picked them up a few days earlier.  He rode the Fargo about 20 miles and decided that he wanted to go in a rode bike direction instead... so he brought it back and traded it. 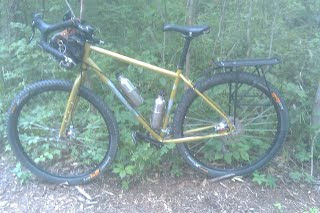 The initial test ride was great.    I through on a Axiom Rack that sets back a ways to provide heel clearance when the Panniers are on, put on some Shimano Pedals and I was off. 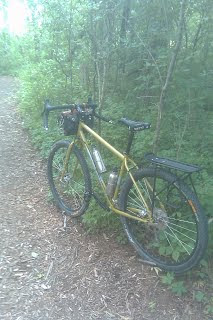 A real nice trail gripping bike.    And with the panniers full loaded with groceries, I found that it handles the  "errand bike"  quite nicely too.